What is Ductless Air Conditioning? 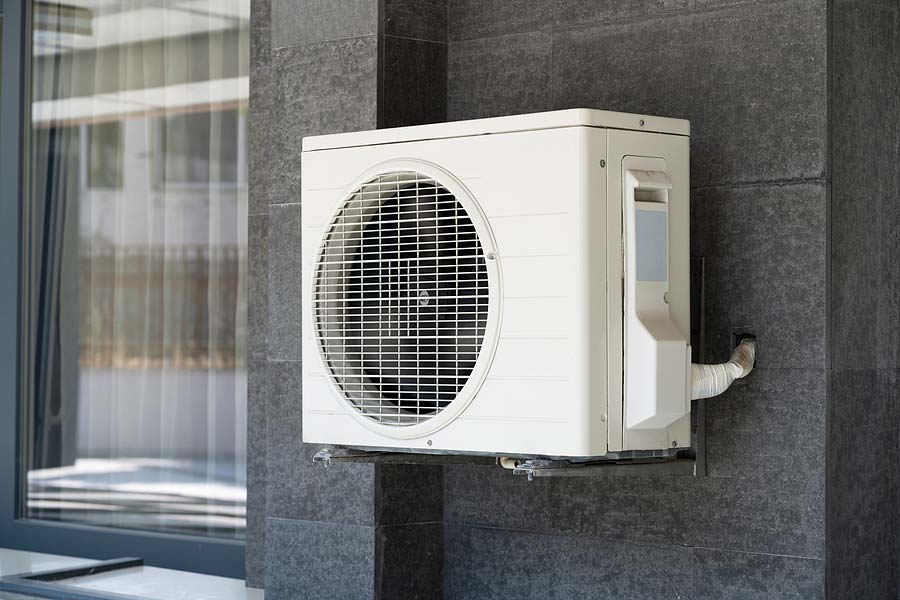 In the summer, nothing is more refreshing than a cool breeze blowing through your home. If you don’t have central air conditioning, however, you may be struggling to keep your home comfortable. Wondering if ductless might be the right choice for your home?

Ductless air conditioning is a type of HVAC system that does not require ductwork. This makes it a good choice for homes and businesses that do not have existing ductwork, or for those who want to add cooling or heating to a specific area (such as an addition to their home).

In this post, we’ll go over what ductless air conditioners are and how they compare to central air HVAC systems. Keep reading to learn more.

Ductless air conditioning is a type of cooling system that doesn’t require the use of ductwork. Instead, it uses individual air handlers, also called blowers or fan coils, that are mounted on the walls or ceilings of your home. These air handlers are connected to an outdoor condenser unit via a small hole in the wall.

The advantage of ductless AC is that it’s very efficient and can be used to cool specific areas of your home, rather than your entire house. As a result, it can save you money on your energy bills. In addition, ductless AC is very easy to install and doesn’t require any major renovations to your home.

Where Are Some Places to use Ductless Air Conditioners?

Ductless air conditioners are a great solution for many kinds of spaces. They can be used in room additions and sunrooms, where it can be difficult to add ductwork. They’re also perfect for smaller apartments and homes, where there isn’t enough space for a central air unit.

Benefits of Having a Ductless Air Conditioner

As you can see, there are many reasons to consider a ductless air conditioner for your home.

How Does a Ductless Air Conditioning System Compare to Central Air?

In addition, ductless systems are easier to install since they don’t require extensive ductwork. As a result, they can be a great option for homes that don’t have existing ductwork, or for homeowners who want to avoid the cost and hassle of installing new ductwork.

Finally, ductless air conditioners offer individualized temperature control, which means that each room can be kept at the perfect temperature. This is ideal for homes with multiple occupants, or for rooms that are used for different purposes.

Should you Install a Ductless Air Conditioner or Central Air in Your Space?

When it comes to cooling your home or business, you have two main choices: ductless air conditioners or central air. Both have their pros and cons, so it’s important to understand the differences before deciding.

Ductless air conditioners are available in a variety of sizes, so you can find one that’s perfect for your space. And because they don’t require ductwork, they can be installed in any room, regardless of the layout of your home. If you’re looking for a cost-effective and energy-efficient way to cool your home, a ductless air conditioner is a great option.

In addition, central air is more energy-efficient in larger spaces because it doesn’t have to work as hard to cool the entire area. As a result, central air is generally the best option for cooling large spaces, despite the higher initial investment.

So, which one is right for you? If you have a small space and you’re looking for an energy-efficient option that doesn’t require ductwork, then a ductless air conditioner is a good choice. If you have a large space and you’re looking for an option that doesn’t require regular maintenance, then central air is a good choice. Ultimately, the decision comes down to your specific needs and preferences.

Ductless air conditioners are becoming more and more popular in the United States. Many homeowners are choosing these systems over traditional central air conditioning because they have a number of advantages.

Ductless ACs don’t require any ductwork, making them ideal for homes that don’t have existing ductwork or can’t accommodate ducts. Central AC units require large quantities of cooled air to be pumped through miles of ductwork, so if your home doesn’t have the space for or isn’t suited for ductwork, then a ductless system may be your best option.